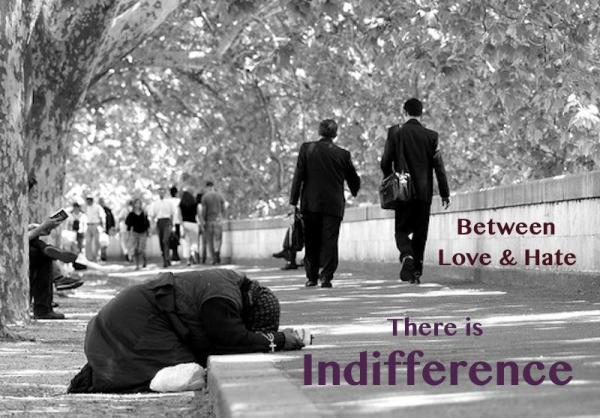 My perspective is that of an owner who animals were seized unconstitutionally, who arrived at the shelter HOURS later while in the possession of Lori Trask of the Everett Animal Shelter, bleeding from the rectum, bloody & missing teeth, hypothermic, & having seizures. It should be duly noted that ONLY my personal animals were hurt, my two fosters were just fine. But that’s what happens when you take on a dirty shelter that is beating & murdering pit bulls or anything they perceive to be a bullie mix.

What we do need is more regulation… ya I know, little Miss Wants the Govt to butt out, is calling for more regulations. If you remember I am the same vegetarian that got in line with the Washington State’s Cattleman association over proposed new animal laws. Politics really does make the strangest bedfellows.

There are well over 600 “rescues” in Washington state, 313 on Petfinder alone & 451 listed on Adoptapet.com yet very few of them are registered anywhere. No non-profit, no business license, nothing. Wheeling & dealing in animals with no oversight. Bringing in dogs illegally from out of state no health certificates, heartworm testing or rabies shots when we have 1000’s of animals in Washington state who die every week. Receiving animals from the public some who may have been lost & selling them without knowing if an owner is looking for them, or even if the person who gave them to them even had the right to do so. Adopting out sick dogs from out of state & not having to keep any records whatsoever about any of the dogs.

I have a waiting list of 27 dogs but I have no fosters because all of my foster homes are fostering for other rescues & are full of unregistered dogs & there is no way I am going to expose dogs from our rescue to that, ever. Look at the last Parvo outbreak we had, & yes it was because of this. I have 3 foster homes with 3 dogs each but their counties have a limit on how many dogs they can have so I can’t ask them to break the law.

Next on my list is shelters, they have no oversight or state regulations whatsoever, none. They are accountable to no one. Just take a look at Everett’s shelter, they hide animals in the back & most times don’t have any pictures of the animals in the book up front. What is wrong with letting the general public see the animals? Well if an owner finds them they can’t kill them. I wonder how many stupid owners are still sitting around wondering where their dog is not knowing they are in a landfill somewhere rotting away. They won’t work with legitimate rescues who have requested the dogs, or even the general public because the more they kill the worse they can say the problem is & the more money they can ask for.

So who should enforce these new regulations? The Washington State USDA. I don’t care how much the enforcement officers like you or what your excuse is they make you follow the rules. Period. The added bonus is that since they would be the overseeing agency these big raids would have to go on under their watch, which means the state vet would have to agree that the animals need to be seized, NOT HSUS, not a rogue AC Officer, not the media, but the man who knows about animal husbandry & health.

So who is going to write this bit of legislation? I am. I am going to write it, rewrite, get input from AC Officers & legitimate rescue organizations & shelters that care about people & animals until we have something that makes sense, can be enforced & has some real teeth that can actually make a difference

I proposed this on Facebook where most of my friends are rescues & I got blasted & blocked by quite a few which let me know the problem is bigger then even I realized. People don’t get angry about change that can help if they are operating above board & within the parameters of the law. So I have made a list of those people.

If nothing else guidelines & regulations will get people talking, maybe even get more people involved in the whole process

There is also another advantage to regulating rescues, if they partner up with local shelters, & have the resources & space to house animals long term, agencies that are aware of problem situations but with limited resources or no shelter or animal control facilities would be able to affect a seizure to end the suffering of 1000’s of animals.

It would also guarantee that rescues operate legally & are accountable to someone & it would also mean that shelters can’t just operate any way they feel like, & can’t abuse people & animals at will. There would also be someone to go to when you know of a problem.

We also need to put a cap on how much the rabid animal rights groups can collect for lobbying without having to donate some of those proceeds to local shelters & rescues, & seriously regulate what they do with donations they receive for raids in our state, they got MILLIONS in donations from the Kennewick puppy mill & barely dropped 20K in the states rescues & shelters who had to pay for their care. Those millions could’ve went for spay & neuter programs in this state to help not to line the corporate pockets & give Wayne Pacelle & his minions even more fringe benefits

Something has got to change, & talking about it is not going to help anything, so I am going to do something & I will be shot down, the HSUS chapter here in Washington state is going to try to crush me but they & Everett have been trying to shut me up & shut me down for years, they are not about to win now.

Thank You For Visiting Our Site

Well… On to the state appellate courts.

Okay so I must’ve had a certain amount of brain damage to believe that any Snohomish County Judge would’ve ruled against another. I had to hope because I have 3 senior animals that I am trying to get back. I don’t know if they understand just how badly they have screwed themselves at this point, […]

The tale of “Moron County”

Guilty: you have Munchausen by Proxy – hand over your children!

K.K. was born with a heart condition that was not diagnosed until years later when he had a heart attack. Always in poor health and under pharma care, a heart operation was performed at some point to correct the defect in KK’s heart. But KK continued in poor health which lead you to believe there […]

Candidate for Supreme Court Justice, John Scannell, offers his statement to the Gold Bar Reporter Here is what he says. In March of this year, I filed for the position of Washington State Supreme Court Justice. Shortly thereafter, the Tacoma News Tribune picked up on the story, pointing out that a supposedly disbarred attorney was […]

Can Washington teachers spell I-L-L-E-G-A-L? – Port Orchard Independent. Teachers from Bellevue, Northshore, and Snoqualmie Valley school districts have threatened to go on strike if they do not have a tentative contract agreement by August 31. Not surprisingly, their concerns are focused on compensation. “We are quite far apart on some main issues, mostly compensation […]

The state of WA State: by the numbers – a scientific analysis of corruption.